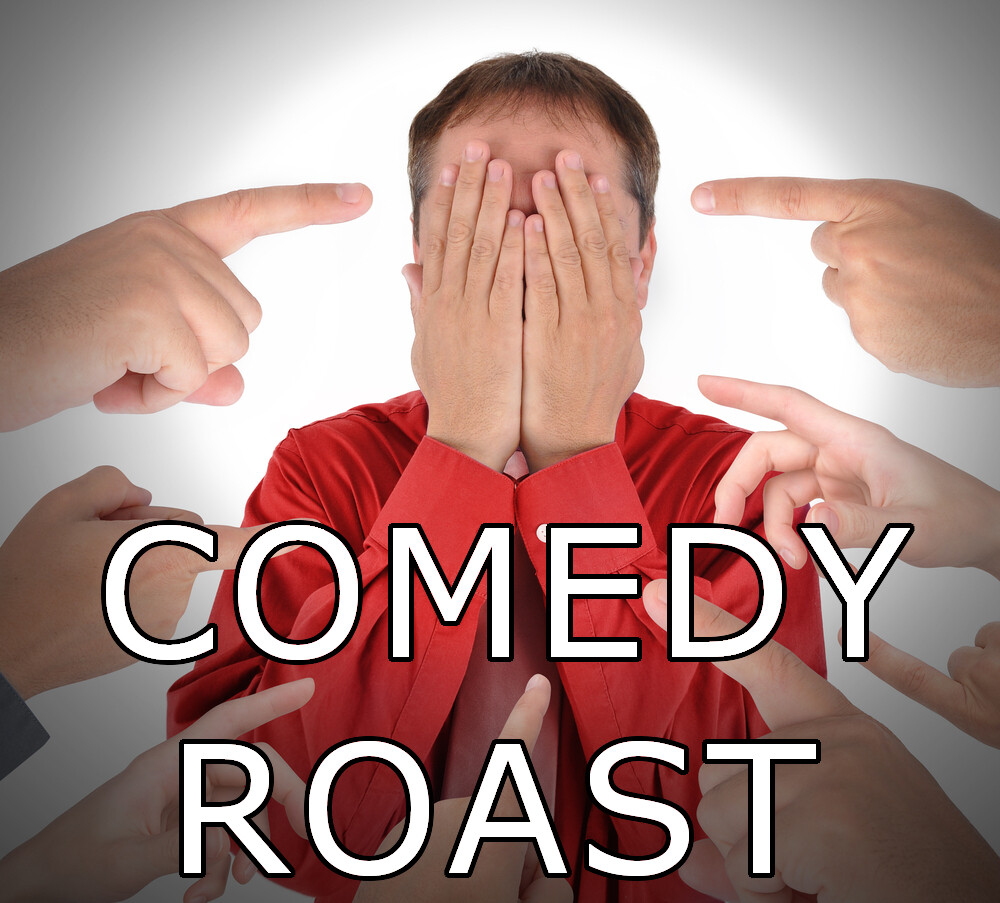 SKU 1663
£290.00
In stock
1
Product Details
Locations available: Nationwide
On-site bar: Yes
Central location?: We do our best. You can choose a venu or we can help
Minimum group size: 5

Ultimate Stag Banter with a SET PRICE of only £290!

A Comedy Roast, without doubt the most awesome Stag Stitch Up that you can arrange for your friend. This is the ultimate fully Bespoke Stag Wind Up available anywhere in the UK. (We operate anywhere in the UK) This is a whole new level entirely. Its specific to ‘Your Stag’ Simply tell your friend you are just going for an ordinary Stag Night for him. A bar / restaurant or even an ‘ordinary comedy night’… But….. in front of total strangers – your friend is going to be publicly roasted and totally stitched up. Live audience, many people you will not know. The comedian will ‘Roast’ your stag, until he cant take the heat anymore. We just need all information on the stag to us 14 days before to the event. Its that simple!

Comedy Roasts – Now Available Nationwide
During the last 15 years of operating Comedy Shows – we have been asked time and time again to pick on a stag or a hen – we don’t typically do that within a usual show. To ensure that groups who really want this can now get it we now operate Comedy Roasts Nationally.

What is a Comedy Roast?
As a brief explanation; a roasting is a great honour; the roastee will be surrounded by close friends and family, both old and new. A roasting is a true sign of genuine affection and as with all banter, no-one is safe; every member of the audience will have to keep one eye open as they may well get a little of their own medicine during the course of the event. The event is hosted by a “RoastMeister”. Comedy Roasts are extremely popular in the USA and have been for decades.

A Comedy Roast is an event where an individual or group is subjected to a public and often torturous tirade of comedy insults, praise, tributes, and almost always a heady mix of true & untrue stories.
The ‘Roastee’ has to be able to have a laugh at themselves as the joke will be on him / her and make no mistake, the real enjoyment is for the audience and the ‘good friends’ who supplied the information to the comedian. The ‘Roastees’ ability to deflect criticism and insults is required; though of course it is all in good humour.

How Long does it last?
A Typical Roast will go on for approx 1 hour – believe me that will be more than long enough.

What do we need in order to make this happen
Comedy Roast Bookings must be made at least 28 days prior to an event – (longer if possible). We need all information that we can use 14 days prior – (again longer if possible). Typically we would expect to receive stories about them, pictures and emails with details of events so as we can put this together in a chronological order. The roasts run to a theme very close to ‘This is Your Life’ and the show will be in such a theme. It is essential that we receive the information within the time scales detailed.

Save this product for later
Display prices in: GBP